Should I Have a Second Kid

Whether or not to have another child is a question that many parents find themselves asking. There are many things to consider when doing so. 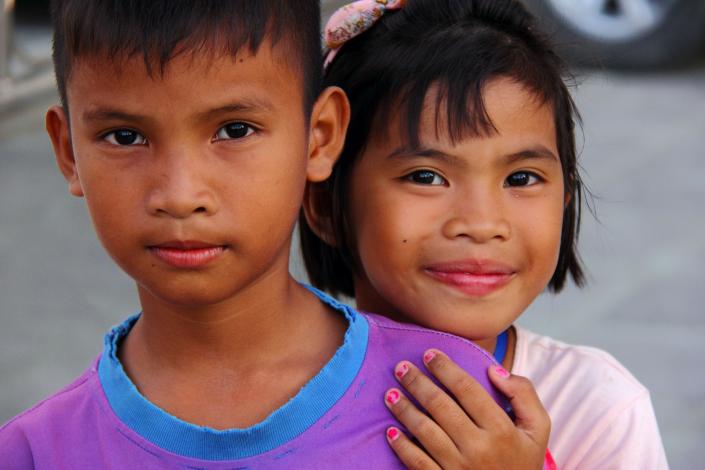 Image by Dean Moriarty from Pixabay

There comes a point for many parents when they begin to wonder if they should have another child. Is it the right time? Is it harder? Is it worth it? How long should I wait? All of these questions are complicated in nature, and all of them are influenced by the parents themselves. While the facts can be presented on some of these questions, each parent will need to really determine if they’re ready for another child or not.

I’ll try to give answers to many of the common questions that I see on this matter. As you may be aware, I have two kids and there is nearly a five year age gap between them. While I’m not a total expert on this matter, it’s also something that I’m familiar with, and I struggled with many of the same questions.

Is it harder to have more than one kid?

In some respects, having a second child is easier than having only one child. In other respects, it’s harder. For starters, having two kids means that you now have two little people to look after. Before, your partner and yourself could take turns easily watching your only child. While you’ll still be able to take turns watching the kids, you’ll have less opportunities to have free time as there will be many times when you will have split the kids between the two of you. This means less free time for you. As your kids get older, it will become easier to once again take turns with the kids. However, while the second is still a baby, there will be less opportunities to do so.

If your kids are close together in age, it will be a lot more work to have to take care of both of them. Your first child will often not understand the boundaries between the baby and them, they will not be able to understand why they were previously receiving all of the attention, and now receive far less, and they will simply be more prone to throw tantrums because of the change. They will come to understand, in time, the relationship of this new baby in the family, but it will be difficult for them.

On the other hand, having a second child can be wonderful in several ways as well. First off, your kids will have someone to play with besides just yourself. When your second child is old enough to play with the first, you will be able to put the kids together and let them play. While you’ll still have to watch them, as they’ll be prone to get into trouble, you can also do so without having to actively participate all the time in what they’re doing. With only one child, you will be doing everything with them at home - you are the entertainment. With two kids, they can help entertain each other.

Finally, you will now have two bundles of joy, rather than just one. This means twice the joy, and twice the pain in some cases. When one child may be driving you crazy, the other kid can make you smile and be extremely happy overall. They can also both be driving you crazy, or they can both be making you really happy. To balance out the days of the kids making you really angry, there are the days of the children making you extremely happy. As previously discussed, the good should outweigh the negatives.

How long should I wait to have another child?

It depends, as it obviously should for many reasons. First off, if you want to have your kids close together then you should consult with your doctor for your own health. Giving birth is extremely difficult on your body, and your doctor will be able to give you professional advice based on medicine. Assuming you’re not trying to do them more than 18 months together, the question becomes whether you should go that close together, or further apart.

There are a couple of main reasons that you want to go close together. First, you want your kids close in age so that they’ll be able to more easily play together, and be closer. While your kids will likely have more interests that are the same when you do this, it’s no guarantee that they will actually be close. While they’re younger, they will generally be happy to play together, but as they grow older there’s still a chance that they’ll grow apart. This shouldn’t be your sole reason for having your kids close together. You’ll want to consider other factors as well.

The other reason to have kids closer together is that you can get through some of the baby phases faster. Some parents really love the baby phase, but I’ve found that most don’t. Getting through that phase of life sooner rather than later is great. On the same note, getting out of diapers will be much faster as well. Assuming your child is potty trained around 3 years old, that is 3 years of diapers with one child. If you don’t have your second child until your first is 3 or older, then you’re looking at diapers for 6 years. However, if you have your second child when your first is only 18 month, you’re looking at 4.5 years of diapers. While the number of diapers is the same, how long you’re dealing with them is far less. The same can be said for many of the early stage parental responsibilities. You can either spread them out longer, or compact them into a shorter amount of time.

On the other hand, having kids further apart makes it easier for you to help explain to your older child what is happening and what to expect. Your first child will be able to help in many regards. For example, an older child can run and grab something for you while you’re changing a diaper, or they can find a phone while you’re feeding a baby. They’ll be able to keep an eye on a baby for a moment as well if you need to step away (not for long, of course). As they get older, they’ll be able to teach the younger child how to do new things, and be able to show them new games and how things work in the world. Having a 4+ year gap can make many things easier in the younger years.

How much more expensive is it to have another child?

Assuming you haven’t thrown out all of the items you used for your first, less expensive than having your first child. While there are still items you’ll need to buy again such as car seats that may have expired, or items that have been worn out, you’ll be able to reuse a lot of the items you already have.

Clothes can always be reused, even if your kids are of different gender. Especially when they’re still babies, the clothes you use are easily used cross gender. As they grow older, you’ll likely have less opportunities to reuse clothing, but you’ll still have saved.

High chairs, beds, toys, bedding, and so on can all be reused. The saving will really add up on that front. However, you’re going to have to start buying double of many items at some point. You’re going to need a second bed (or bunk beds) at some point for the second child. You’re going to pay for both kids preschool or daycare, extracurricular activities, and other toys and gadgets as they get older. In other words, you’re probably looking at it being about 10 to 20 percent cheaper for a second child, but it really depends on how much you spend on your kids in general.

Every kid is an expensive investment. Having a second isn’t way cheaper than having a first - the expenses will still add up.

Is it worth it to have another child?

The answer to this question is a completely personal opinion. However, the overwhelming majority of parents seem to think it’s worth it. Assuming your finances can support another child, and your health can as well, having two kids is generally worth it to most. Just having two kids that can play together and bring joy to your life is overall worth some of the harder things you have to go through.

Kids are a lot of work though. Don’t expect a second child to be a walk in the park. You’ll need to be committed to loving your kids, and being a parent overall if you’re going to have a second child. Make sure you and your partner are on the same page before making the decision to have another. It will help avoid issues down the road.

Having a second child can be totally awesome, but it will require a lot of time and money. It will also come with a lot of stress. Do what you feel is best for you and your family, and don’t let others tell you that you’re wrong.