Are Two Kids Easier Than One?

Is it really easier to have a second child, or definitely harder? 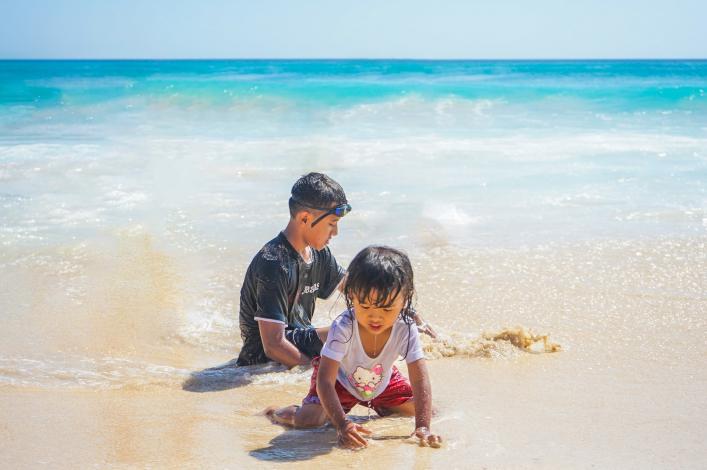 Photo by Devon Daniel on Unsplash

If you’re debating whether to have a second child or not, there are a lot of factors that will go into your decision. It’s not just about whether it’s harder or not, but also about finances, space, and several other factors. Make sure you consider all of the different factors as you make the decision. Ultimately, a second child is an equal responsibility to a first child, so there are many facets to consider.

A lot of this depends on age. We’ll assume that your kids are within 3 years of age to each other - while many of the items below will apply, there are certainly things that are different as your children have a larger age range between themselves. Some things become easier while others become harder.

The first thing that is harder is that you now have two kids to look after instead of one. With only one child, you could give your full attention to that child without worrying about anything else. If you needed to do something else, like clean the house, then you could easily involve the child or keep an eye on them while you performed the task. That’s no longer the case. You now have to take care of two kids, and they will both want their own attention. No more easy multitasking while the kids are still little as one of them will almost certainly get away.

Done with diapers? Try again. While your first child may now be out of diapers, your second child still has a long way to go. If both kids are diapers, then you’re in diaper hell. Diapers will feel like they’ll never end, and trying to change the diaper of a baby while the 2-year old is running all over the place will become common.

Want to take the night off? Your partner will be taking on two kids instead of one. When you had just one child, your partner only needed to watch one child. Taking on both kids at the same time is simply more work and more stressful. It can be done, but it probably won’t be as common as when you only had one child.

And the list goes on and on. Just think about the things that you either don’t like to do right now as a parent, or the things that were really hard, and imagine having to do them with another child. You’ll have to repeat those same things again, and this time there will often be a second child there along for the ride just to make it a little bit harder.

First off, you’ve done this before. Bringing a child home, feeding a baby, getting them to sleep through the night. All of these are things that you now have experience with. You’re no longer trying to parent in the dark in many cases. This is way easier your second time around and you’ll be far calmer - it won’t be nearly as stressful. You’ll certainly feel like a pro the second time around compared to the first.

Furthermore, you no longer are going to be the sole person in the home that entertains your child. With only one child, either you or your partner generally will spend a lot of time playing with that child. While this isn’t a bad thing, there are times where you will definitely grow tired of it. Even though you love your child, reading the same book for the millionth time can become really monotonous. With a second child, they will be far better at playing with a child that’s close in age to them. Rather than sitting around bored, they will find ways to play (and fight) together. Need a short break from entertaining your child? No problem as your other child can play with them.

Finally, a second child ultimately means that there are more people to help around the house. Yes, the messes may be bigger, but as they grow older, there will be more hands that can help to do dishes, clean rooms, and do other chores around the house. This simply means there’s a little bit less work for everyone else to do as the work gets spread across more family members.

Having a second child has its pros and cons. There will be people on both sides of this debate, but ultimately the decision comes down to what you really want. Definitely expect more work with a second child, but also expect to have yet another child you can love as well.