Save some calories with a delicious peanut butter alternative. 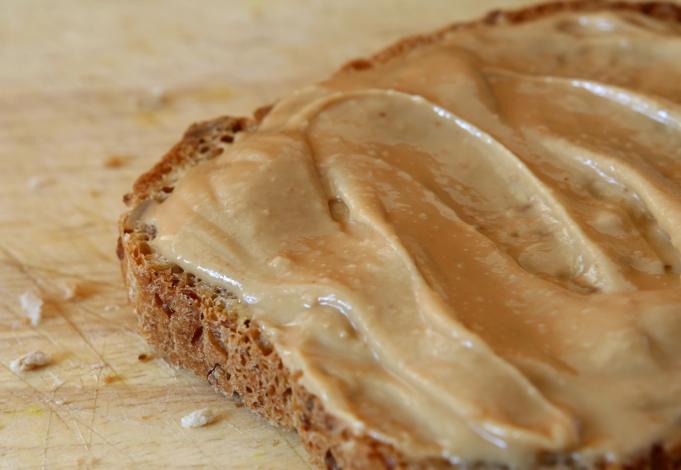 Image by Shutterbug75 from Pixabay

Peanut butter is one of the most delicious snacks out there. There are many people that don’t like peanut butter which is actually quite lucky for them - they don’t have to worry about how many calories are in it as they simply don’t eat it. For the rest of us, we’re stuck trying to figure out how to make peanut butter part of our diet.

However, let’s assume that you simply want a single serving as part of your daily meal - you’re not trying to figure out how to put a couple hundred calories into your diet for a pretty small serving size. For a woman, especially one that is shorter, you can be looking at 1/6th of your daily calorie intake just from a serving of peanut butter. Even as a slightly above average male, I’m still taking in 1/12th of my calorie intake just in peanut butter.

With this conundrum in mind, finding an alternative to peanut butter is probably a good idea, especially if you’re trying to lose weight but are having trouble removing the peanut butter from your diet. Most nut butters are going to be equal in calorie count per serving - switching to another nut butter isn’t going to help lower your calorie intake (there are other health benefits with other nut butters not considered here).

Instead, your best bet is going to be to look at a dry powder called PB2. If you’ve never seen PB2 before, it looks a little bit like a protein powder. The standard PB2 is a light tan color, and comes in a plastic bottle. It may look a bit weird just looking at it, and you may be a bit skeptical about the taste - totally valid.

PB2 has 70 calories per serving - less than half of that of peanut butter. That means that you could eat 2 servings of PB2 (4 tablespoons) and still have eaten less calories than a standard serving of peanut butter. One benefit of the powder is that it’s hard to eat by the spoonful - it’s simply too dry to go down easily. If you mix it with a bit of water, then you can easily eat it straight, but that requires a bit of work vs a jar of peanut butter which is all ready to go.

In terms of taste, PB2 doesn’t taste exactly like peanut butter, but it’s pretty close. In terms of tastes, it’s like you’re moving from peanut butter to another nut butter. It’s still very tasty, but it’s not exact in taste - for most people, they shouldn’t have any real issue with this. Sitting the two right next to each other and trying both, you’d notice a difference. However, if you’re making a peanut butter and honey sandwich, you’ll likely not notice a difference.

PB2 is also great for baking as it’s already a dry form - also cuts the calories in your recipes. Basically anything that you do with peanut butter, you can do with PB2, but you’ve simply drastically reduced the number of calories that you’re adding to your foods. Instead of 1/6th your calorie intake, you’re now at less than 1/12th your calorie intake for the same serving size. Such a drastic difference makes using PB2 a pretty straightforward choice.

If you’ve never tried PB2, give it a try. You might find that you actually like it better than peanut butter. They have a few different flavors, but the standard basic PB2 is probably the best - you can make the other flavors on your own. Buy your PB2 now, and start saving calories.