If you’re working out from home, then you’ll want a fan to keep your area cool. 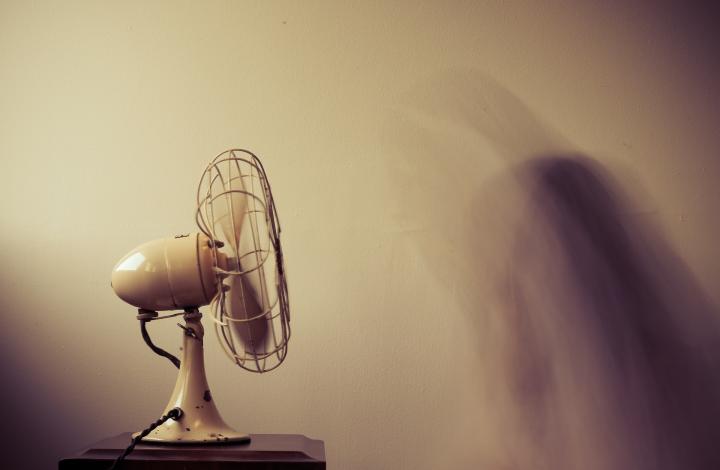 Photo by Ava Sol on Unsplash

For several years I was working out at home without a fan. It was not the end of the world and I was able to complete my workouts, but generally this meant that I was also sweating quite heavily by the end of the workout. On days where I would be riding the bike inside (which I do a lot of during the winter months), there would be a huge puddle of sweat on the floor.

For those that know me personally, you may know that I sweat very liberally during my workouts. I’ve always seemed to be on the heavy end of the sweat scale. Whatever it is, breaking out in a sweat after just a little bit of activity is not uncommon for me, and so I generally find a way to keep cool.

I’ve had 3 different fans over the years to try to help with keeping the room cool while I work out. Two of the fans have been good enough for standard weightlifting workouts, and  non-heavy cardio workouts. Any type of cardio or high intensity interval training workouts require a better fan.

The three fans that I’ve tested are:

The model of the fans doesn’t really play a factor here. I’m sure that if I’d bought a box fan that cost the same amount as the shop fan, it would have been better, but a box fan simply isn’t meant to move as much air.

A basic tower fan is fine to move a little bit of air around a room, but it’s not really meant to keep an area extra cool. There are really nice fans in this area that I’ve never used before (see Dyson’s tower fan), so perhaps there are fans that will do what you want. However, $300+ for a fan isn’t really what I wanted to spend for a workout room.

This fun does a good enough job keeping the area generally cool, and it’s nice that the fan twists. However, a basic fan like this is probably better in the office or bedroom. It’s simply not going to move enough air to make a huge difference.

After using the tower fan for several years, I finally decided to give a box fan a try. They can generally move a little bit more air, but they don’t twist. Not the end of the world as most of my workouts are centralized in a certain location. The results weren’t that inspiring though.

The box fan that I was using was a super basic fan - cost less than $20, and had 3 levels of air to blow on. The fan certainly moved more air than the tower fan, and it was nice to have something I could point directly at the area that I was working out in, but for heavy cardio days, there was still almost always a huge puddle of sweat on the floor.

I was tired of having to clean up a ton of sweat after my hard workouts, so I finally decided to invest a little bit more in a workout fan (not really that much more than a tower fan, but I had the tower fan already), and bought a basic shop fan. I knew shop fans were meant to move more air, but this thing blows both of the previous fans out of the water. It’s not even close.

A shop fan is generally used in a shop to move a lot of air. The biggest downside to a shop fan is that it’s quite loud, even on the lowest setting. You’re definitely going to notice the noise from it when turned on, but that’s because it’s moving so much air. You’re likely not going to put this in your kids bedroom as it would keep them up all night.

I generally use the shop fan on it’s lowest setting, and just point it right at where I’ll be. It makes a huge difference on both a stationary bike and on the treadmill. I no longer have to clean up puddles of sweat - in fact there’s generally almost no sweat on the floor. It’s excellent for keeping me cool and allowing me to finish my workout.

If you really need a fan to move some air and really keep you cool, consider a shop fan. It won’t completely break the bank, but will give excellent results in helping you to keep cool in your fitness routines.