Get Up and Be Active

Find something active that you can do. 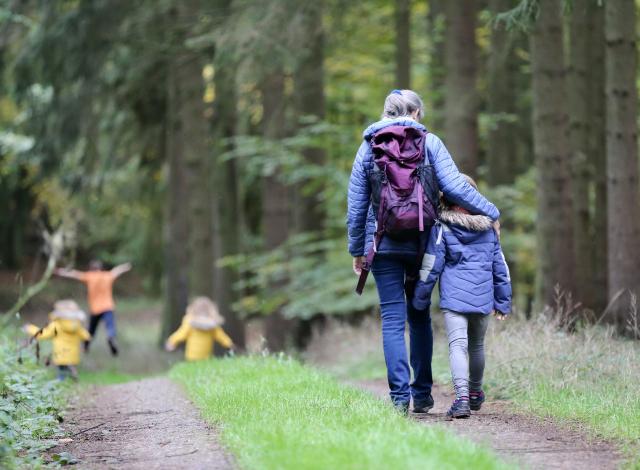 Photo by Juliane Liebermann on Unsplash

Rather than spending another evening watching television or laying around because you’re tired, get out and do something active. Move around the house, get outside and go for a walk, or go to the park and play a game with your kids. Being active is one of the best ways to start feeling better. Getting outside when you’re inside most of the day is also a great way to get some fresh air and reinvigorate yourself.

If you find that you’re low in energy in general, there are probably three different reasons why. First off, and most common among parents with younger children, is that you’re not getting enough sleep. If you’re not sleeping enough at night, you’re going to quickly find that you’re lethargic and that you simply aren’t interested in being active. While you may not realize it, your lack of sleep is making you have less energy.

You need to figure out a way to get more sleep. You may laugh, but it will make a huge difference in your life if you can figure out how to find more time to sleep. If you are waking up at night, take naps during the day when and where possible. Even a short 15 minute power nap can go a long way in giving you renewed energy to be active and engaged with your kids. Go to bed earlier if you can as well.

Beyond sleep, the second most common reason that you’re tired is that you’re eating poorly. You’re not getting the right amount of food in your body, and you’re making unhealthy choices when it comes to food. Often people don’t realize how big of an effect food can have on your energy levels. If you’re eating a lot of junk food or simply overeating during the day, you’ll generally feel more tired.

Get rid of the junk food from the house - you don’t need it and your kids don’t need it. They will survive just fine by eating fruits and vegetables for snacks rather than candy and chips. Don’t eat too much food either - it’s easy to eat when you’re tired or stressed out. Rather than eat in these situations, you should try to be more active and do an activity that will help to calm your nerves.

Finally, it’s very common that you don’t want to get up and move because you’re so used to simply not doing anything. The less active you are, the less likely you will want to do something else active later. This is because your energy levels aren’t high enough that when another opportunity arises, you simply would rather keep doing what you’re doing. You need to work on increasing your activity level.

Whether you are working out in the morning or going for multiple walks throughout the day, getting up and being active is extremely important. Find time every single day to get some type of physical activity in besides the time you spend playing with your child. Even 15 minutes of simple exercise will go a long way in helping you to feel less tired and have more energy throughout the day.

Get up and be active. Sleep enough, eat healthy, and spend quality time with your child.