Riding the Train With Kids

We recently took a fun ride on the local public transit system here - the fast train. This simple activity kept the kids entertained for a few hours and something they kept talking about for days afterwards. 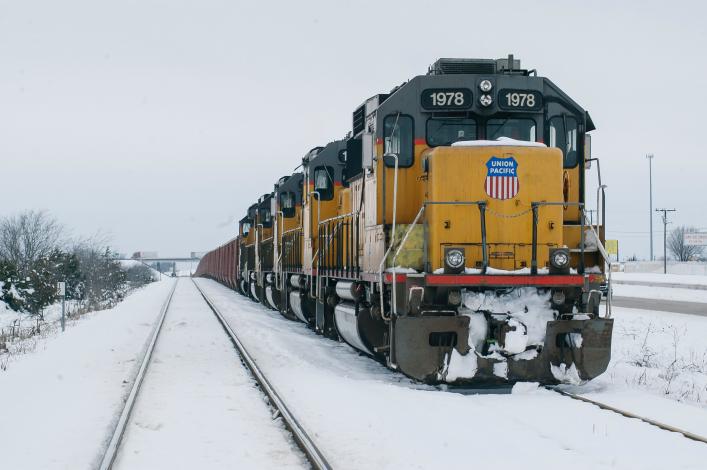 We recently took a fun ride on the local public transit system here - the fast train. This simple activity kept the kids entertained for a few hours and something they kept talking about for days afterwards.

Over the weekend my kids were getting a bit tired of being inside the house. It’s been really cold around here lately, and as such, we’ve been stuck inside the house a lot. Combine that with their mom being busy with school and homework on the weekends, and we just needed something to do to break up the monotony of hanging out at home.

I’d been thinking about taking my kids on the train for several months, but just hadn’t done it yet. My oldest was fascinated by trains when he was younger - we lived very close to some train tracks, and on most weekends, we’d go down to watch the trains go by. My toddler is now at an age where he’s starting to find trains more interesting as well. After our weekend adventure, I think he’s found a new passion. 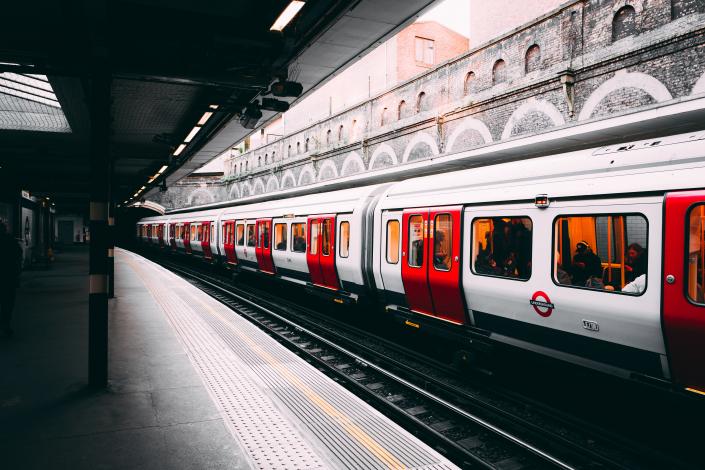 We headed to the station for a fun ride for the day. We didn’t have any type of schedule we were trying to meet for the day. We didn’t even have a real destination in mind - just get on the train and ride for awhile. It was Saturday, so the station was really quiet when we arrived (it was around 9AM as well). We waited a few minutes in anticipation with the kids looking both ways for the train to arrive. Once it did, we hopped on and headed North.

We rode the train to the end of the line, and got off there. We had arrived in Ogden (a city North of Salt Lake City), and it turns out that there was a train museum right there close by. We stopped in and walked around for awhile - they also had a little winter market going on inside which the kids enjoyed walking around and looking at the items. They had some really big train engines outside that the kids had a fun time looking at and throwing some snow at (yes, it was still cold and still snow on the ground).

After about an hour, we headed back over to the train station and waited a few minutes for our train back to show up. The kids were still excited to get on, and they were quite well mannered. There were a few more people on the way back, but still plenty of room. The kids enjoyed pointing out the window at different things that we passed. They also liked when we would go faster than the cars that were driving alongside us. 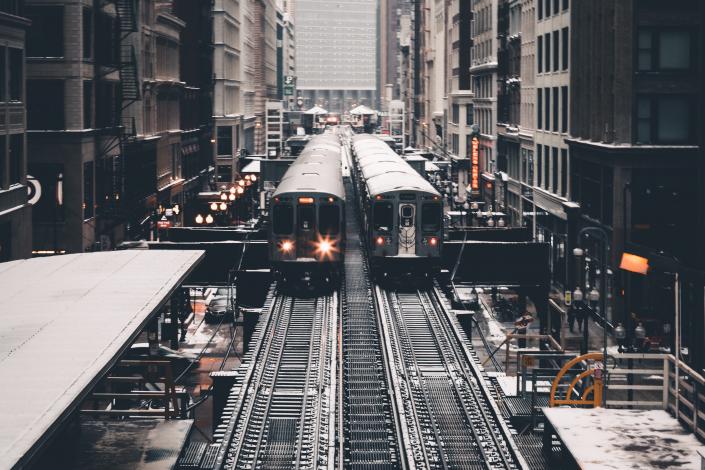 More details about the train and public transportation

I used to ride public transportation every day when we lived close to a bus stop. These days, we live too far away from a stop for that to be realistic. However, the public transportation here in Utah is actually quite good. One of the nicest things they’ve built is a fast train that goes a few hundred miles from Ogden to Provo - it basically spans the major areas where people live in the Salt Lake City area. I’ve ridden the train two other times many years previously, but haven’t done it for some time. It sounded like the perfect outing for two antsy kids.

The train itself, called FrontRunner, gets up to speeds of 70 MPH when it’s moving at it’s fastest - certainly nothing like some of the bullet trains in Asia and Europe, but still a decent speed. On the weekdays, it runs every 30 minutes, while on Saturday it runs once every hour. Because of that, it’s really hard for it to be a reliable piece of transportation on the weekend - you have to time things right or you’ll have a nice long wait for the next train.

If you have some type of train system in your city, I’d recommend taking your kids out on a fun outing if it’s not something you do on a regular basis. Obviously, if you’re always riding public transportation with your kids, there won’t be as much excitement. Overall though, we really enjoyed the adventure and all my youngest son says “train” about 100 times a day.