Pumpkins are in season, and carving or decorating pumpkins is a great activity for the whole family. 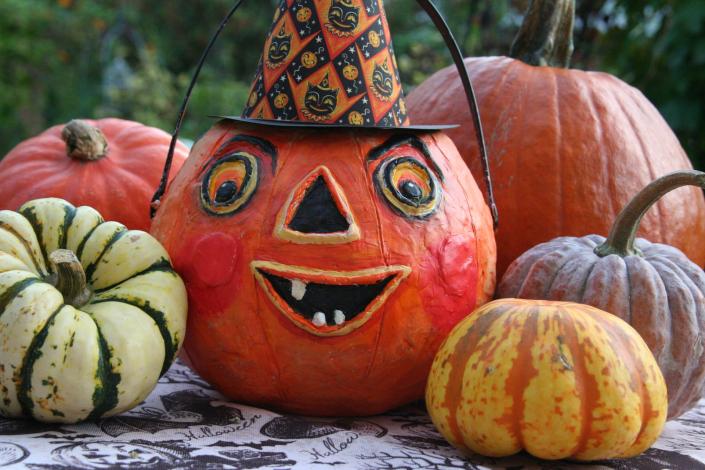 Photo by Bee Felten-Leidel on Unsplash

Pumpkins are everywhere you go these days - all the stores are carrying them, and you can find them at plenty of locations around town. Pumpkins can make nice decorations without any design or carving done to them as fall is upon us. Just get a few of them and set them outside your home. They add a bit of a festive touch to your home for this time of year.

Likely though, your kids are going to want to do more than just set the pumpkins outside your house. Halloween usually means carving pumpkins, and making jack-o-lanterns out of pumpkins. Pumpkin guts and seeds get pulled out, and eyes and mouths are cut into the pumpkin. Carving pumpkins can be a lot of fun, but quite messy.

Another idea, if you don’t want to actually cut your pumpkin, is to simply decorate it as is. This has a few advantages over carving pumpkins. First off, it’s far less messy. You don’t have seeds all over the place to clean and dispose of, and you don’t have to watch your kids quite as closely. It’s also a bit less dangerous as you don’t have a knife out that you have to worry about, especially when your child gets to the age that they want to do it themselves. Finally, the pumpkin will last quite a bit longer. Depending on the pumpkin you have, if you carve the pumpkin, you’re looking at two week maximum if you’re carving them up. On the other hand, if you simply decorate them, they’ll last the whole month and beyond.

Decorating your pumpkins doesn’t have to be hard either. Simply pulling out some markers and letting your kids go to town on them is more than sufficient if you want. Let the kids draw faces, spooky scenes, or whatever they want really. They’ll be able to see the pumpkins everyday for the next few weeks sitting outside.

You can also make your pumpkins a little more exciting by getting out a few additional art supplies - you don’t need much, but a little glue and some pipe cleaners can make it interesting. Add the little pom-poms and your kids can get really creative with what they design and make. Additionally, you can get paints out for the kids as well - you never know what color pumpkin you’ll end up with if you do.

Letting your kids use their imagination with decorating pumpkins is a great way for their mind to explore new ideas. You’re not likely decorating pumpkins on a regular basis, so this presents your kids with a bit of a different challenge and forces their mind to work a little bit harder to get what they want. If you have to help them, then go for it.

Grab some pumpkins at the store, and get decorating. Make sure everyone that wants a pumpkin gets one so that each child can be creative on their own. Assist the little ones as needed, but let them create their own as they’d like. You may be surprised with what they come up with.