Have Kids Help Clean Up

While you’ll do a lot of cleaning as a parent, you shouldn’t do everything. Have your kids help clean up around the house. 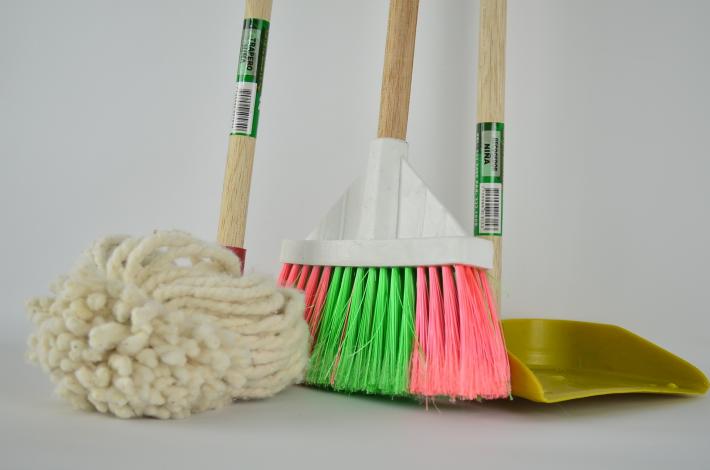 You may feel like you're constantly cleaning up after your kids - you very likely are. After wiping down the table for the tenth time in a day, or picking up your child’s favorite toy from the floor for the hundredth time in a day, you’re likely getting tired of cleaning up all the time. As a parent, the amount of time you spend cleaning is probably at least five times more than when you were without kids.

I’m sure there are people out there who like to clean. I’ve certainly never meant them, but they do exist. However, most people would prefer not to clean most things if they didn’t have to. Cleaning up after yourself is pretty manageable for most people - keeping things mostly in their place, and not making messes all of the time is not common.

Your kids, on the other hand, aren’t born with the notion that they have to clean up after themselves. They are learning all about a whole new world, and as such, they don’t know that wiping down the table is something that needs to be done. It’s pretty likely that they don’t even care about how the table looks at a young age. As with almost everything that your child learns to do, you need to teach them. It’s your responsibility to teach kids how to clean up, both after themselves and keeping a general living area clean.

The simplest way to start teaching your children is to have them clean up their toys when they’re done playing with them. This will require extra time and attention from you as your child is not going to always remember to clean up their toys. For you, it’s also likely easier to just leave the toys for a bit to move onto the next activity. However, the longer you leave toys sitting out and around, the less likely that your child will want to clean them later.

Having young children help clean up toys is a great starting point. They should work on cleaning up their toys and putting them away. If you always do it, your child will begin to think that they’ll always have someone cleaning up after them. As your child grows older, they can help with other simple tasks as well. Putting their dishes in the sink (and into the dishwasher), wiping up the messes that they make from spilled drinks and meals, and washing walls are all basic things that your kids can do from a fairly early age.

As they grow older, you can start to phase in many other chores around the house, including washing their own clothes, cleaning bathrooms, and sweeping and mopping the floor. The sooner kids are able to learn these responsibilities, the sooner they’ll start to learn that the way they act has consequences that may affect them later. It will also teach them that keeping things generally cleaner will lead to less work in the future (this will take a lot of work, likely).

Don’t clean up after your kids forever. Get them working on chores sooner rather than later. The longer you shield them from the responsibilities, the harder it will become later to get them to clean around the house.