How To Change My Diet

Changing how you eat is hard. Take it one step at a time. 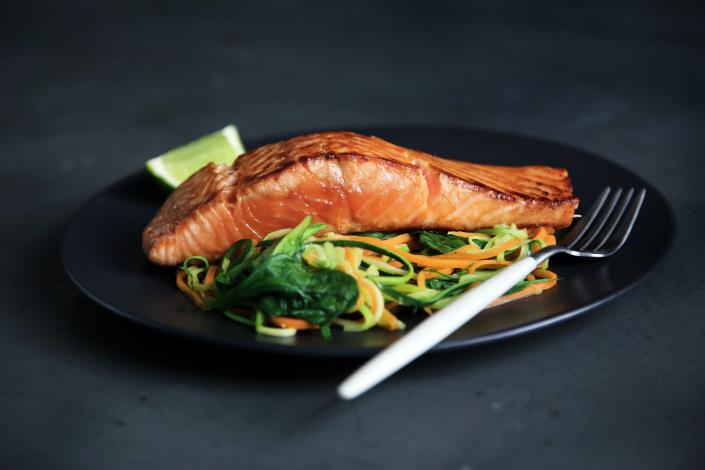 Photo by Caroline Attwood on Unsplash

When you want to change your diet to something that’s more healthy, there’s a large hurdle ahead for most people. Eating healthy all of the time when you’re used to eating whatever you want is quite difficult. As you’ve become accustomed to eating the way you currently do and probably have for many years, you’re going to have to work on it. Flipping your diet to something completely different overnight isn’t going to happen easily.

Just because it’s not easy doesn’t mean that you can’t do it. However, it does mean that you’re going to have work at it, and it’s going to take awhile to make the change. If you try to change your diet overnight and change everything, you’re very likely to be back to eating the unhealthy things in a couple of weeks. Rather than going for an all or nothing approach, it’s generally best to try to change your diet one step at a time.

Taking your diet day by day, and slowly making changes is going to have a much better chance of being successful. Some people are able to completely change their habits in a quick turnaround - if that’s you then that’s awesome for you and you should absolutely do it. For the rest of us, we’ve got to take it slowly.

Start your process by figuring out what you want to change. If you don’t have at least the basics of a plan in place, then you’re going to struggle to change what you eat. For example, take a look at your pantry and figure out what foods that you’re eating that you want to eliminate. Next, figure out what foods you’re going to replace those unhealthy foods with. If you have a bag of chips in your pantry, decide to replace that with a healthy snacking alternative: popcorn.

If you try to replace all of your unhealthy snacks with healthy food that you don’t like, you’re also unlikely to succeed. If you like carrots, you can use that as a snacking option. However, if you don’t really like carrots, then you better choose a food you like. When you get hungry, are you really going to grab a food you don’t like in order to try to fill that craving? Maybe, but then you’re likely to also go for something unhealthy afterwards since the healthy alternatives will not have filled your craving.

Finding healthy foods that you can replace in your diet is the first step. You can still eat unhealthy foods as well (things like candy and chips) but they need to be in moderation. The primary goal will be to eat less calories than your burn in a day - this is generally harder with foods that people consider unhealthy. It doesn’t mean that you can’t eat them, just that it’s hard to eat less calories than you burn that way. It’s important to understand this concept because it allows you to still have some of your favorite foods in moderation.

Take your diet change one step at a time. Don’t go all in. Stop buying some of those unhealthy foods that you really like - it’s much easier to change what you eat when you don’t have the foods in the house. This is often harder for a parent because a lot of times you’ll have food in the house that is for your kids. When possible replace those out with healthy alternatives for the kids as well - they aren’t going to die if you stop feeding them crackers and instead give them fruit for snacks.

Ultimately, the process is simple in nature, but hard to implement. First, figure out what foods you’re removing from your diet and what you’re replacing them with. Second, take it one step at a time. The process will likely take a few months to remove all of the foods you want and add in the ones that you want. There will be plenty of stumbles along the way - don’t give up just because you have a bad day or two in a row. Get back on it and keep working. Changing a diet you’ve had for years and years is going to take time to change.

Eating healthier and making it a part of your lifestyle will have dramatic effects on your life in many facets. You can make the change if you put your body and mind to it.