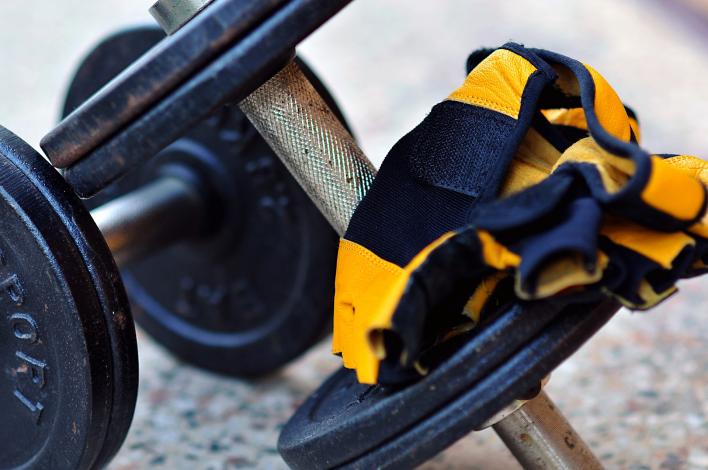 Image by tookapic from Pixabay

In the weight lifting community, gloves for weight lifting have a bit of a negative perception. Among men especially, weight lifting gloves are looked down upon. People seem to think that using gloves makes you less tough or something. Whatever the real reason is, it shouldn’t really matter if you want to wear them.

The bad about gloves

Weight lifting gloves aren’t all good, and there are a couple of negatives to wearing them. The main issue that you’ll discover is that it will make a bar harder to grip because you’ve added to the girth of the bar. Now, instead of just gripping the bar, you’ve also got the extra thickness from the gloves as well. This will not allow you to get as strong of a grip on the bar.

Additionally, you’ll find that your grip will slip more easily because of the gloves. This is because you’re not holding the bar directly in your hands, but rather through the gloves. Unless you have an iron grip all the time, it's going to be much easier for the bar to slip. This is especially noticeable when doing heavy lifts such as deadlifts or weighted pull ups. Your grip simply won’t hold as well as without gloves.

The good about gloves

Gloves are great for helping to keep your hands nice and clean from scratches and calluses. For many, this is a primary reason for wearing gloves. My wife and kids hate the way my hands feel on them when they are covered in calluses from weight lifting. For me, that’s enough motivation to wear gloves - I love to lift weights but I want my family to not be afraid of my hands. Wearing gloves is a simple compromise.

Gloves also give a bit of padding that you can use as well when lifting weights. This can be most felt when doing push type lifts (such as bench press or shoulder press) where you don’t need to be using an iron grip on the bar, and it will give a bit of cushion. Depending on the gloves, they can also add a bit of stability to your wrists as well.

What gloves to buy

There are a lot of different options for weight lifting gloves. Personally, I prefer a basic pair of gloves that don’t go up my wrist too far, and go up to my first join on my fingers. You can get gloves that are longer in both directions, and if you prefer them, that’s fine.

Gloves that go further up your wrist will add more stability to them, but they don’t work well if you’re wearing a fitness watch (such as a FitBit). This isn’t the end of the world, but these types of gloves are generally more intrusive on lifts where you don’t need the wrist support (deadlifts, pull ups, etc.).

If you’ve never worn gloves before while lifting, it may take some getting used to. You may get frustrated with them at first as well. However, there are definitely benefits to wearing them, and there is no shame in doing so.