This classic Christmas movie is a parents everyday life caught on screen. 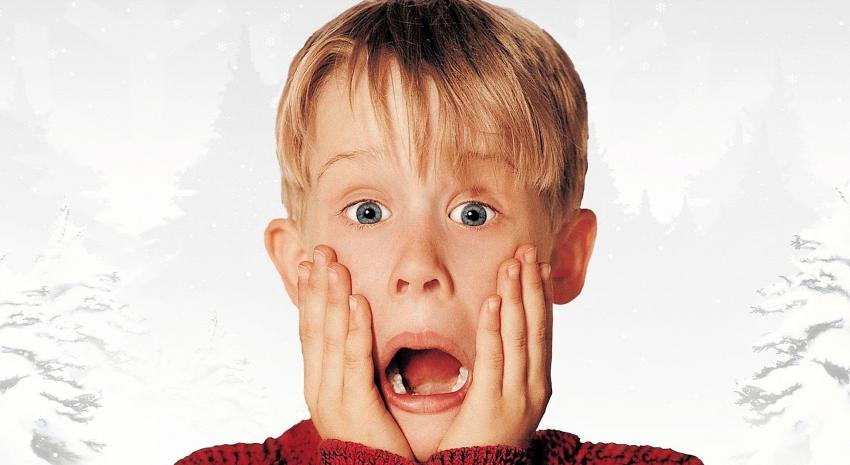 Home Alone has always been one of my favorite Christmas movies. From when I was young, I remember watching this movie multiple times per year when Christmas time came around. As a child, I always loved the last 15 minutes of the movie as Kevin is able to pull out all of the stops to take care of the robbers (the Wet Bandits) as they try to take over his home - it was a great ending to the movie.

While the end of the movie is still a lot of fun as an adult, the first part of this movie has such a different meaning once you have kids. There are so many scenes and activities where I just find myself shaking my head and thinking that my child is just like that, or I’m sure they would do the same thing. As a child those things looked fun...as an adult it’s exactly what I’d expect my child to do in the same situation.

I’m sure there are people out there that haven’t seen Home Alone before, but I’ve never met them. If you’re one of those people then you should go and watch the film right now - no reason to finish this article or any other on the movie. Just go watch it. The basic premise is a child gets left behind at home during the Christmas break as his family rushes off to the airport in a frenzy after sleeping in.

From the start, this movie captures children in a way that is all too accurate. A couple of teenage boys are in the room talking about things that shouldn’t concern them (do French women shave their pits?). Kevin, the child who ultimately is left home alone, gets upset because he didn’t get any of the food that he wants. He hits his brother and destroys the family party that’s going on.

This all before even being left home alone. After everyone’s gone, the first thing he does is get into all of the junk food in the house, and runs around screaming and being a wild child. He makes sure to turn on the things he’s not supposed to be watching either. If you don’t think your child would do these things the minute they were left alone, then you may just be darn lucky - most every child I know would do almost the same things.

Then, perhaps one of the most accurate parts of the movie occurs. We come to a shot from the bottom of a large staircase, and we see Kevin place a large sled down at the top of it. The doorway lines up at the bottom with the stairs, and he’s aiming to go down the stairs and out of the house on the sled. As a kid, this sounds like an absolute blast. As a parent, this is your nightmare waiting to happen. Kids like to do things without really understanding potential consequences.

Of course, not everything in the movie is realistic. Your child, at 8 years old, is unlikely to hit the store up by themselves and buy a toothbrush. They’re not likely to be dropping by the church randomly either. But those are more parts of the movie to help move the story along. Similarly, your child likely wouldn’t be able to come up with the plans for the bad guys that Kevin does - they’re quite clever and elaborate.

The other portrayal in this movie that is quite accurate is the way that the mother does everything that she can to get back to her son once she realizes the mistake she made. Every last avenue and effort is made to make it home for her son. And when they do reunite, the surprise of all of the good things that Kevin has done is spot on. Kids often surprise us with the good, even if they like to be naughty at times.

This movie is a great gem for parents and children alike. If you haven’t seen Home Alone in some time, then give it a watch now.