Surviving the First Weeks of a Second Baby

Be prepared to sleep even less than you did with the first. 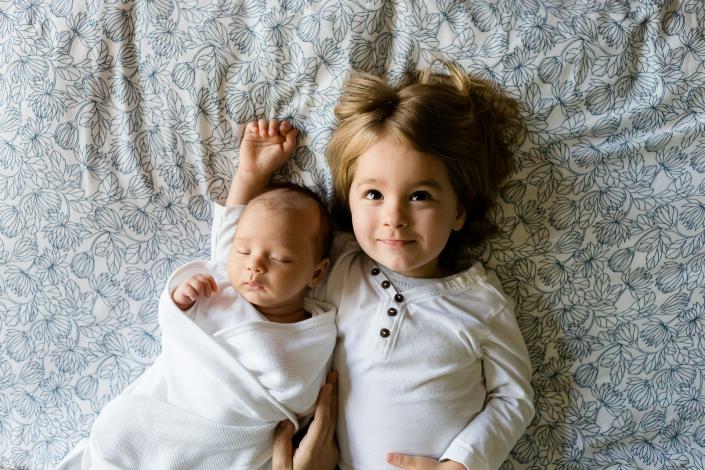 You’ve brought your second baby home, your current child was excited to see their new brother or sister. You’re tired from giving birth, but fortunately you knew what to expect this time around so it was a bit less stressful. You’ve got some help at home (either your partner or other family member) is helping for a couple of weeks as you get settled into a new routine at home...and then you’re on your own.

Having a second child is an exciting time. You are nowhere near as nervous as you were with the first child - you knew what to expect. You know how to change diapers, you know how to feed the baby. You know that you can set them down and leave them in their crib, and whatever else you were worried about the first time. Sure, every child is different, but you’ve got some experience to help this go around.

However, you’re likely going to be a bit more exhausted when you bring that second child home. It’s not because the delivery was more difficult, but rather because you’re no longer looking after one child, but two. With your first child, you’ll have had plenty of downtime throughout the day. The baby will sleep a lot, and that means that you can also sleep or do whatever you need to around the house.

This is not the case when you already have another child at home. While the baby is sleeping, you’re entertaining or chasing another child around the house. You’re not taking a quick nap while the baby sleeps because you’ve got another child to actually take care of as well. You’re parenting at least one child the entire day. There’s no way to get around this without someone else at home to help.

This is perhaps one of the benefits to having children further apart than close together. They aren’t going to bond or play as closely together if there’s a 4 to 5 year difference between them, but it’s much easier to handle one child at home and the other at school than it is to have both at home and quite young that they still need a lot of close attention. Our kids are this way, and it made a huge difference.

If your kids are closer in age (less than 3 years apart) then you’re going to have to simply make it work - millions of parents across the globe do it every year, so it’s definitely possible. That doesn’t mean it’s going to be easy though. Until you can get the baby sleeping through the night, and you can get long stretches of sleeping at night, you should expect to be pretty tired most days.

There will be plenty of days where you’ll simply turn something on the TV for your older child to watch, and they’ll watch way more TV than you normally let them. This may happen on a regular (daily) basis for a while. With one child, it’s easy to keep the TV turned off. With two, it becomes much clearer why kids are watching so much TV. You don’t have to turn to the TV, but you should also not feel guilty if you need to - it can literally save your sanity some days to turn it on.

Surviving those first days and weeks of a new child are not always easy, but you can do it. Make it work the best you can. It’s not always pretty, but over time you’ll figure it out.