Macaroni and Cheese For Kids

Kids love macaroni and cheese. That dark yellow color is quite distinct. Should you actually let your kids eat it though? 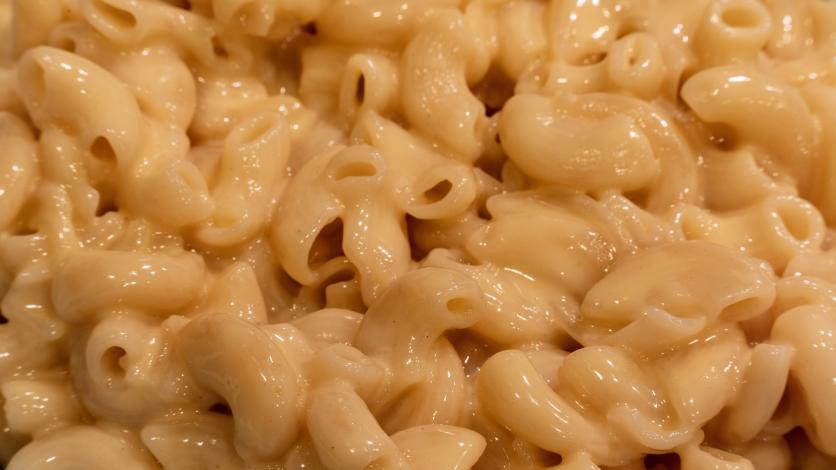 Image by Hucklebarry from Pixabay

Mac and cheese is a common food that is served for lunch and dinner throughout the United States. While there’s no official data (that I am able to find) on how many kids eat macaroni and cheese each day, it’s likely a really big number. The real question is should you feed it to your kids? The answer: it depends.

Mac and cheese can be really easy to make, and so for parents, it’s a quick way to feed children without having to think too much about it. Many parents ate macaroni and cheese when they were younger as well, so it will feel natural that your own kids will eat it as well.

However, macaroni and cheese can have varying levels of nutritional value depending on how it’s made. The most common macaroni and cheese comes from a box. You simply boil the macaroni, add butter, milk, and a cheese flavor (with plenty of coloring to give that deep yellow look). It’s pretty safe to say that this is not really the healthiest meal for your kids. The cheese powder isn’t really cheese at all, but rather just a flavoring to make it taste like cheese, and the color isn’t really all that healthy. Is it the worst meal your kids can eat? No, obviously. But it’s not really all that nutritious either.

There are plenty of recipes out there for making macaroni and cheese from scratch. The basics of all of them are: macaroni, milk, butter and real cheese. They’re all pretty simple to make, and all taste way better than the boxed stuff at the store. What’s even better about them though are that you control what actually goes into those recipes. You don’t have to squint to see what random ingredient may be going into your kids.

It’s also generally a bit easier to modify a homemade recipe to be your own than it is a boxed version. For example, you may want to add grilled chicken right into your macaroni (diced grilled chicken). Because you’re using real ingredients, namely cheese, adding chicken to it is a natural addition, and it adds a great amount of nutritional value. You could add other proteins, or you can simply make the macaroni and cheese a side to a larger meal, where it will fit more naturally into it. As the flavor is more natural, it pairs much better with other foods.

While you can feed your kids boxed macaroni if you really need to, it should be a rare occurrence. Work towards feeding kids with basic ingredients to make healthier meals on a regular basis.