Teaching kids to eat healthy requires a lot of patience. 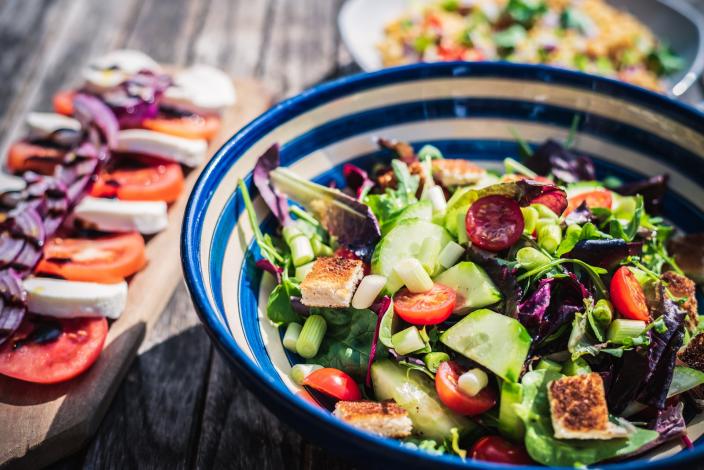 Photo by Jez Timms on Unsplash

If you want your kids to eat healthy with a little less work, then you need to start with feeding them healthy foods from the very beginning of them being able to eat. If they learn to life healthy foods from early on, then you don’t have to do as much work to get them to like those healthy foods later on in life. While that all sounds great, it also doesn’t mean that you won’t have any work to do.

No matter how much work you do early on, once your kids get the taste of the sweet and unhealthy foods later on, they’re going to want them. While it’s possible not to like foods that are filled with sugar and fats, it’s very uncommon. Most people would choose a cookie over a piece of fruit if there were no negative health effects from choosing a cookie. Sugar simply tastes really good.

The same way that you have to work on eating healthy foods instead of unhealthy foods will be the same for you with your kids. They are going to naturally gravitate towards the foods that aren’t healthy but that are addicting. Set out a bag of chips on the counter, and set out some cut up vegetables. Which are your kids going to go for? They may eat a few vegetables, but expect the chips to be gone quickly.

Your first job as a parent in relation to food and eating is to teach your child how to build and eat a balanced diet. That means that you’re going to have to encourage your child to eat healthy foods more often than not. This is often easier said than done, especially if your child is not already in the habit of eating healthy foods. The sooner you start with feeding them healthy foods, the easier it will be.

You should work on making balanced meals for your child. A protein, a vegetable, and a carbohydrate should be your base for your meals. You don’t have to go overboard with these, but something simple and basic will do - chicken strips or some fish can be your protein. Any frozen vegetable is great, and then add in some rice or potatoes and you’re all set for a meal - mix and match for different meals.

That doesn’t mean that you don’t ever let your child have unhealthy foods, but it shouldn’t be the norm. Cookies and pizza should be something that your child looks forward to as they don’t get them very often. Having a family pizza night once a month is a great way to enjoy the greasy unhealthy deliciousness. Your child will learn that pizza isn’t a healthy option, but it can be enjoyed from time to time.

It’s not easy to teach kids to eat healthy, and there will be plenty of arguments with them about what they do and do not want to eat. There may be days where they will skip meals because they’re insistent that they will only eat something that is not part of the regular meal plan. Be strong and do not give in to your child when they make these stands. Over time, they will learn that the healthy options are good as well.

Be patient and work on teaching kids to eat healthy. The sooner you start, the easier it will be in the long run.